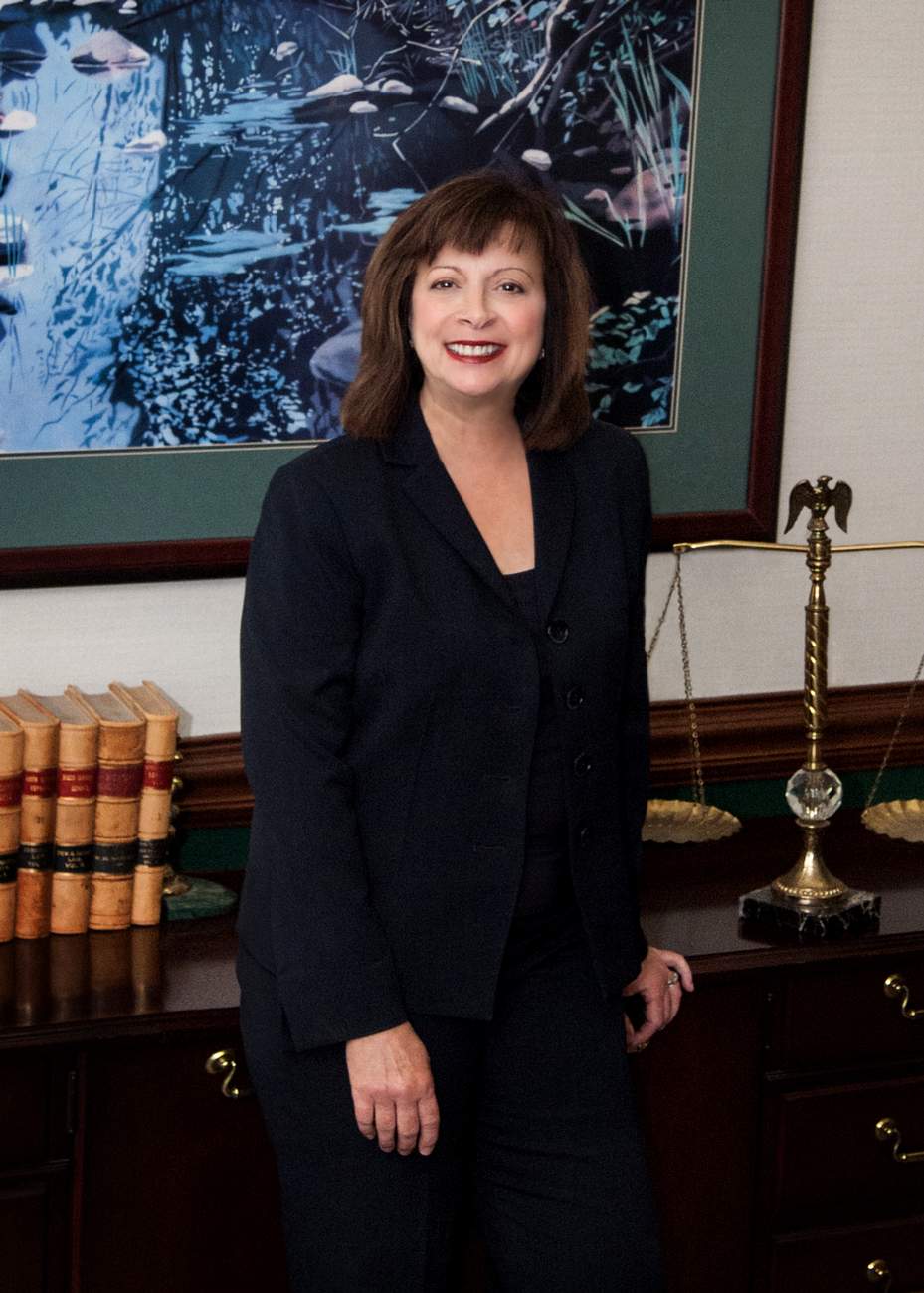 The following is from Section 4.06[f][i] and [iii] of Chapter 4 of the New Appleman North Carolina Insurance Litigation (2020 Edition of the LexisNexis Practice Guide). Chapter 4 is entitled “Commercial General Liability Insurance” and was written by PCKB’s Deb Bowers. Section 4.06[f] pertains to exclusions in a CGL policy.

There are several standard exclusions in a CGL policy and additional exclusions are often added by endorsement. The importance of obtaining a copy of the actual policy involved and comparing the terms and provisions to the actual facts cannot be overstated. . . . All exclusions quoted in the following subsections are from the ISO form CGL policy CG 00011207 and are prefaced in the policy by the words, “This insurance does not apply to”.

This insurance does not apply to:

“Bodily injury” or “property damage” for which the insured is obligated to pay damages by reason of the assumption of liability in a contract or agreement. This exclusion does not apply to liability for damages:

(1) That the insured would have in the absence of the contract or agreement; or

(2) Assumed in a contract or agreement that is an “insured contract”, provided the “bodily injury” or “property damage” occurs subsequent to the execution of the contract or agreement. Solely for the purposes of liability assumed in an “insured contract”, reasonable attorney fees and necessary litigation expenses incurred by or for a party other than an insured are deemed to be damages because of “bodily injury” or “property damage”, provided:

(a) Liability to such party for, or for the cost of, that party’s defense has also been assumed in the same “insured contract”; and

(b) Such attorney fees and litigation expenses are for defense of that party against a civil or alternative dispute resolution proceeding in which damages to which this insurance applies are alleged.

This is one of the more difficult exclusions to apply. It excludes coverage “. . . for ‘bodily injury’ or ‘property damage’ for which the insured is obligated to pay damages by reason of the assumption of liability in a contract or agreement.” Many insurers will argue that the exclusion applies to any claim for breach of contract, but that is not what the exclusion provides. If it did, it would read that coverage is excluded for breach of contract claims. At least one North Carolina court has found the exclusion to be ambiguous and refused to apply it to claims for breach of contract against an insured termite inspection company for failure to fulfill its promise to treat termite infestation and to make necessary repairs to a customer’s home after a termite swarm was found. Bruce-Terminix Co. v. Zurich Ins. Co., 130 N.C. App. 729, 504 S.E.2d 574, 579 (1998). There, the court ruled that “. . . if the exclusion is interpreted to apply to any liability resulting from contracts between Terminix and its clients, it is contrary to the primary objective of a commercial general liability policy,” and found that the insurer had a duty to defend despite the contractual liability exclusion.

The contractual liability exclusion often arises when there are claims that an insured has failed to live up to contract obligations, and the only damage or injury is to the subject of the insured’s contractual undertaking. This was the issue in an important North Carolina case where the plaintiff sued a contractor for improper construction of a roof. There, the North Carolina Supreme Court ruled that “[o]rdinarily, a breach of contract does not give rise to a tort action by the promisee against the promisor.” North Carolina State Ports Auth. v. Lloyd A. Fry Roofing Co., 294 N.C. 73, 81, 240 S.E.2d 345, 350 (1978). The Court articulated four situations where that general rule would not apply: (1) there is injury or damage to the person or property of someone other than the promisee; (2) there is injury or damage to property of the promisee other than the property which is the subject of the contract, or there is personal injury to the promisee; (3) the promisor is a common carrier, an innkeeper or other bailee being charged by law, as a matter of public policy, with the duty to use care in the safeguarding of the property from harm; (4) there is willful injury to or a conversion of the property of the promisee, even if the property is the subject of the contract. Id. at 82, 240 S.E.2d at 351.

If the exclusion itself were not confusing enough, there are two exceptions to the exclusion that are equally wrought with the potential for confusion. Those are the exception for liability the insured would have even in the absence of a contract or agreement and the exception for liability assumed in a contract or agreement that is an “insured contract” if the injury or damage occurs after the execution of the insured contract.

The exception for liability the insured would have in the absence of contract arises when there are grounds for a negligence claim against the insured, such as when there is damage to property outside the scope of the insured’s contractual undertaking or bodily injury involved.

Attorney’s Tip:  In the property damage arena, if there is damage to property outside the scope of the insured’s contractual undertaking, there will almost always be a claim for which an insured would be liable “even in the absence of a contract or agreement.” In the instances where that is not so, such as claims that would implicate the economic loss rule, there are still likely to be allegations of negligence or some other basis for liability that would negate the exclusion. This exclusion is therefore more often applied at the indemnity stage, rather than to avoid defending.

In North Carolina, there are impediments to the implication of the “insured contract” exception in the context of agreements related to improvements to real property, i.e. construction contracts. Absent falling under one of the first five subparts of the definition, the “catch all” subpart of the definition of “insured contract” requires that there be an agreement on the part of the named insured to assume the tort liability of another. That kind of agreement is typically an indemnity agreement such as the following example:

Indemnity: Subcontractor shall indemnify and hold [General Contractor, Developer and Owner] . . . harmless from any and all losses, damages, liabilities, demand, claims, suits, actions, costs and expenses, including, without limitation, attorney’s fees, arising out of or in connection with or in any way related to the performance of the Work, or any act or omission of Subcontractor, its agents, employees, licensees, or subcontractors including, but not limited to any such matters arising from (a) personal injuries, death or property damage . . . .

However, North Carolina by statute [N.C. Gen. Stat. § 22B-1] prohibits indemnity agreements that purport to indemnify the indemnitee for the indemnitee’s own negligence as against public policy. . . . See also Bridgestone/Firestone, Inc. v. Ogden Plant Maint. Co., 144 N.C. App. 503, 548 S.E.2d 807 (2001) (“A construction indemnity agreement may purport to indemnify a promisee from damages arising from the negligence of the promisor but any provisions seeking to indemnify the promisee from its own negligence is void.”).

Another point worth noting is that the North Carolina anti-indemnity statute specifically exempts insurance contracts from its operation. However, at least one court has ignored that exemption and has held that a void indemnity agreement under N.C. Gen. Stat. § 22B-1 does not implicate insurance coverage that requires an insured contract as a prerequisite. In Pennsylvania Nat. Mut. Cas. Ins. Co. v. Associated Scaffolders & Equipment Co., Inc., 157 N.C. App. 555, 579 S.E.2d 404 (2003), the court determined that an equipment lessee’s alleged liability to the lessor under a void indemnity agreement was not covered under the lessee’s commercial general liability policy for liability assumed in an insured contract. The court there specifically stated that “an insurer will not be obligated to defend its insured when the insured has stepped outside the protective bounds of the General Statutes. An insurer may assume that its insured will contract within the law and not obligate the insurer to defend an illegal contract.” Id. at 559, 579 S.E.2d at 407. Interestingly, the Court of Appeals did not mention the provision in the statute that exempts insurance contracts from its operation although that argument was made by the insured on appeal.

The same prohibitions against indemnity agreements that purport to indemnify the indemnitee for its own negligence do not apply outside the context of agreements involving improvements to real property. Hall v. Sinclair Refining Co., 24 N.C. 707, 89 S.E.2d 396 (1995) (“While contracts exempting persons from liability for negligence are not favored by the law, and are strictly construed against those relying thereon, nevertheless, the majority rule, to which we adhere, is that, subject to certain limitations hereinafter discussed, a person may effectively bargain against liability for harm caused by his ordinary negligence in the performance of a legal duty arising out of a contractual relation.”). The same principles involving the absence of any legal liability for the negligence of an independent contractor are at play. However, unlike the situation in a construction contract, an indemnity agreement in a lease or sales agreement (outside the context of N.C. Gen. Stat. § 22B-1) can legally purport to indemnify the indemnitee for its own negligence.